“SE” is the short from of “Special Edition”. Apple released the most powerful iPhone called iPhone 5 SE which got 4-inch retina display, A9 chip and 12-megapixel camera. Though looks can be deceiving, still apple is not disappointing you as always. Most of the iPhone users liked the medium size iPhone 5 SE. iPhone SE is the latest release by Apple. Here we will cover the “iPhone 5SE Review“

A fantastic design was applied for Apple iPhone SE. After refining all old and new ideas this version has been designed. The body of this device constructed from bead-blasted aluminum, which gave a real satin-like look. The edges are matte-chamfered and a stainless steel logo has been fixed at the backside of the device. IPhone SE actually designed in a brilliant way to fit it comfortably in user’s hand.

iPhone SE has come with A9 Chip which is an advanced chip used in iPhone 6s. The architecture designed as 64-bit desktop class architecture. The A9 chip added presentable speed including responsiveness. The graphics performance boosted to console-class performance with its 4-inch retina display. It’s super-proficient coprocessor M9 motion embedded straight into A9 Chip. It appends accelerometer, compass, and gyroscope for the tracking capabilities of fitness like as counting steps or distance. Comparatively, the iPhone 5 SE is 2 times faster than iPhone 5s in CPU performance. Also, 3 times faster than iPhone 5s in GPU performance. 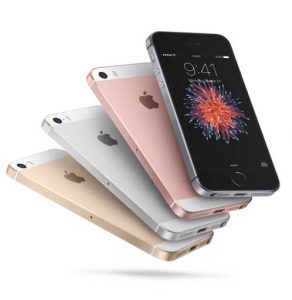 What Apple says about “Siri”

Apple says about Siri, “Your Wish is its command”. To use/ activate Siri is now easier than ever in iPhone SE. Just with a simple voice command saying “Hey Siri” you can activate Siri. You don’t need to touch your phone.

Photos and Videos with iPhone SE

In this Apple iPhone SE review, I must admit the camera feature of iPhone SE. Looks can be deceiving, but iPhone SE provides the camera you will ever need. It’s an iSight camera of real 12-MP. To take snaps with the iPhone SE camera gives you an equal experience as detailed as iPhone 6s. You can shoot 4K video and it gives you 4K video editing opportunity. An extraordinary feature you can enjoy in this iPhone 5 SE named “Live Photos”. You just touch and hold on the 12-MP still, it will capture the moments just before and after it was clicked. It compiles your photos and converts them into living memories. 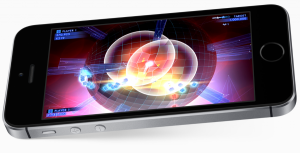 The iCloud Photo Library saves all of your images and videos. And this library keeps all photos and videos up-to-date on all of your Apple devices. Any modification you make takes the effect everywhere in real-time everywhere.

Another additional feature iPhone SE brought to you. Right from the Gboard now you can search information on Google. It’s really an awesome feature which saves your time to go to a browser and browse. 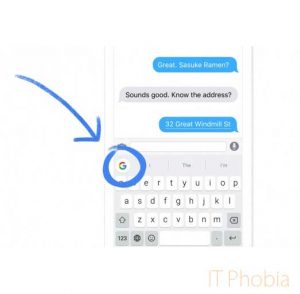 To unlock your iPhone you can simply use your fingertip as Touch ID. Your fingerprint is your password exactly. There is no chance to lose your finger.

Your Touch ID is not only for unlocking your iPhone. It also enables the opportunity to purchase at over twenty Lac stores including Apps. It’s really easy to purchase through your Touch ID. All you have to put your finger on Touch ID and hold the iPhone close to the reader of the store and you are done. It never shares any information of your Card. So, Apple Pay is a real secure way for any payment. 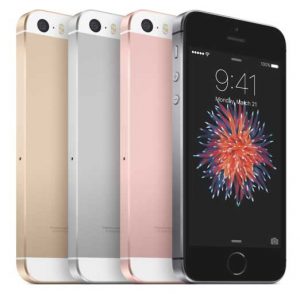 LTE and Wi-Fi are now faster than ever

Any possible activity over 802.11ac Wi-Fi and LTE now faster than iPhone 5s. Also, LTE band upgraded iPhone SE for better International Roaming. Now Voice over LTE is practical by iPhone SE. Even this device enabled the chance of Wi-Fi calling for high-quality wideband calls. Bluetooth technology of Apple iPhone SE allows you to remain connected with Apple iWatch, external speakers or earphones even other devices.

Don’t allow the “iPhone SE” look make you underestimate it because it’s a fabulous device.

How to turn on flashlight on Android & iPhone – The Definitive Guide

How to fix your iPhone wont connect to WiFi? [Solved]