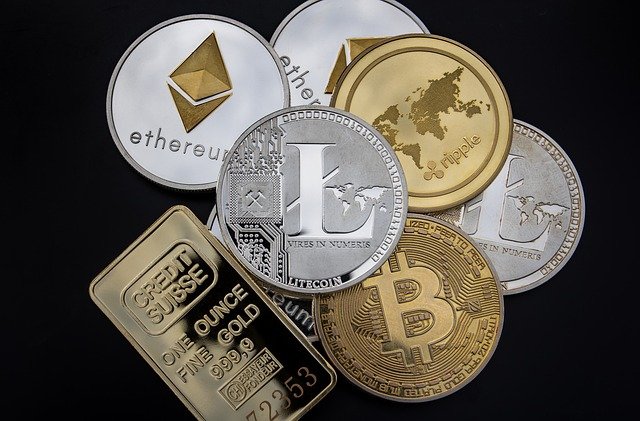 A new financial practice that has spread worldwide is the Cryptocurrency. Many countries accept cryptocurrency as the medium of their country’s financial transactions. From recent calculations by Globenewswire, the cryptocurrency platform has grown to record-breaking levels in market capitalization participants worldwide.

Cryptocurrency is a financial asset or form of digital currency that exists only virtually and in data files using encryption algorithms to secure overall processes involved in generating units and conducting transactions.

It becomes a medium for asset transactions where users can transfer their currency without authorities like banks or other third parties using decentralized mechanisms.

Blockchain technique, or the technology, which is the underlying technology for developing cryptocurrencies, is being spread outside the digital currency industry.

With the development of blockchain technology, the features of cryptocurrency are improving, and developers do their best to enhance users’ security levels and other benefits. Potential users are increasing due to the advantages they can from using cryptocurrencies.

Independent reserve cryptocurrency index (IRCI) was surveyed to know the status of cryptocurrency among Australians. Their primary focus is on everyday Australians and reflects the nation as a whole rather than focusing on digital asset users.

According to the Australian financial exchange, the total number of people who had a basic idea of a cryptocurrency and know about one type of cryptocurrency is over 90% in a year to 91.4%.

The total count of people aware of the most popular and first-ever cryptocurrency Bitcoin has reached 89%. The market awareness of Ethereum is 23.5%, which occupies second place in the Australian market. Some cryptocurrencies are used among Australians, such as Bitcoin Cash, Ripple, EOS, Litecoin, Chain-Link, etc.

Recent surveys conducted on Australians stated that 90% know at least one cryptocurrency. And one in five respondents of the study indicated that they own a digital asset. Total of 8.6 % after people have zero awareness of crypto assets.

Among all the mentioned cryptocurrencies, Bitcoin has the highest popularity among both men and women. And men who have heard of other types of cryptocurrency such as Ethereum Litecoin are more than women. According to recent reports, the young generation between 18 to 24 years old has more awareness of Defi tokens.

Cryptocurrency and its exchanges are legal to operate in Australia, and regulations are implemented to control cryptocurrency flow. Like Bitcoin, Cryptocurrency is declared to be treated as property and subjected to capital gains tax (CGT).

Previously cryptocurrency is subjected to controversial double taxation under Australia goods and service tax (GST). Later, due to the Australian government’s progressive approach towards the crypto issue, it declared that cryptocurrency should be treated as property that shared its characteristics.

People among the age group of 25 to 34 have displayed an interest in cryptocurrency and over 35% for Bitcoin. A recent evaluation stated that 16.8%of respondents had at least one digital asset previously, and now it is 18.4 %.

Bitcoin is one of the popular cryptocurrencies adapted among Australians, and the following Bitcoin is ripple and Ethereum competing against each other for the second spot.

The recent increase in Bitcoin price has reached high levels, more people taking advantage of this Bull Run in the crypto market during 2020. According to a report, 42.7% have made profits and expanded their digital assets by taking advantage of this Bull Run. And 21.8% of people lost their wealth due to bad currency investments in contrast to the above.

Adopting cryptocurrency is more among age groups of 25 to 35, and the least adoption is found among the people of age above with less than 5% adoption rate.

Among all the age groups, young people age 18 to 34 land for low-risk investment trading approaches and least likely to have taken a loss. And elderly ones of age 45-54 are most likely to have made a profit, and the young generation is broken almost twice compared to their elders.

With investments from institutional investors’ market price of Bitcoin is increasing, and it is still rising, it is advantageous for people who wanted to make profits.

With this condition, more people can gain profit if they had taken advantage of it. Thus cryptocurrency adoption is increasing among Australians, and the numbers even increasing who purchase cryptocurrency.

Recent analysis also shows that Bitcoin is most popular among Australians compare to other currencies like Ethereum, Bitcoin cash, chain link, etc. And market awareness of Bitcoin is reached 89%.

Almost 20% of Aussie owns crypto assets, and at least one among five respondents of the survey owns at least one crypto asset. With increasing cryptocurrency, the Australian government also adopt regulations to regulate it.

And prediction shows that cryptocurrency awareness and adoption will still grow. According to a study, the adoption rate of cryptocurrency in Australia is more than in the UK.